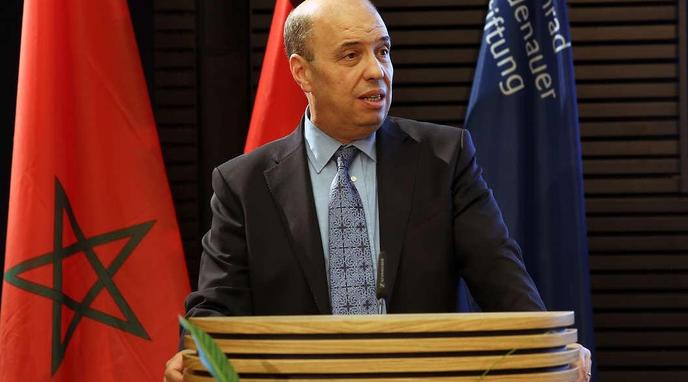 Work on the full session of the 109th International Labor Conference (ILC) in Geneva, chaired by Morocco, opened on Monday.

Morocco was elected president of the conference on May 20, often referred to as the World Labor Parliament, and it establishes the main orientations of the International Labor Organization (ILO). The Kingdom was unanimously and for the first time brought to the presidency of the ILC the person of the Ambassador, the Permanent Representative of Morocco to the United Nations and other international organizations in Geneva, including Omar Sniper.

Speaking at the start of the proceedings, Sniper noted that Morocco’s election to the presidency of the International Labor Conference confirms the importance that the State has attached to all its dimensions in the social sphere. The context marked by the launch of large-scale projects, including the presentation of the report of the Committee that King Mohammed VI collected.

The Ambassador also focused on the issues related to the conduct of this session, which is taking place in specific circumstances marked by the catastrophic consequences of the current health crisis, recalling the importance of multilateral action, the need for the lever and the coveted to carry out the profound changes and future challenges affecting the work world as a key means of meeting the challenges posed.

In this sense, the world today faces great challenges from an environmental, demographic and economic perspective, and in addition to those connected with modern technologies, the use of artificial intelligence, in particular, emphasizes the need for an adoption to anticipate and mitigate the effects of the crisis and contribute to the creation of a “fair, global and secure future work”.

The inaugural session was addressed by the President of the Swiss Confederation Guy Permalin, who exaggerated the ILO’s action, believing that the organization acted decisively and responded in a timely and appropriate manner. International spread.

Formalin also stressed the importance of unity and cooperation in these times of social and economic crisis affecting the entire world.

“The vast majority of the world’s population is still suffering proportionally. In addition, we are seeing a decline in the productivity curve,” he said.

According to Formal, all governments will have to deal with the “damage” to the job market. He called for continued investment in innovation.

ILO Director-General Guy Ryder noted the importance of this first meeting of member states since the outbreak, which brings together more than 4,300 long-distance delegates. Responsibilities are “heavier” and expectations cannot be “higher” than during this crisis period, he said.

This crisis shows that the work world is “not ready” and has exposed many inequalities in society, Ryder stressed. He called for “a truly global response.”

Last week, the International Labor Organization expects world unemployment to be around 5.8% next year, or 205 million people, against 187 million before the crisis. A return to pre-epidemic status is not expected until 2023.

CIT takes place in two divisions, the first Movement 19 and the second November 25 to December 11.

The ILO’s response to Govt-19 on the agenda of the first section will include a discussion on the Chairman of the Governing Body and the Director General of the ‘Organization’, the ILO’s plans and budget statements. Continued discussion on social security for 2022-23 and reports on the use of labor standards during epidemics and discussions of related country cases.

The second section includes thematic discussions about imbalances and the work world, as well as skills and lifelong learning.